Lavaredo Ultra Trail is a 120km ultra trail race with 5800m of elevation gain in the Dolomites.

I logged less than 500 miles of running in 2017 before the race. I should have run a lot more often considering how mild this winter was in Toronto. A significant portion of the runs were done on the trails. It turns out that downtown Toronto has some very nice single tracks. Given my training, I set my goal at 24 hours.

I was supposed to arrive at Venice on Thursday morning (Jun. 22nd), so I could spend a day getting some rest. But I missed the flight due to the long delay at LaGuardia on my way back from a conference. I had to rebook the flight next day, landingat Venice on Friday morning (Jun. 23rd). I then took the ATVO bus at the airport to Cortina and arrived at the nice little ski town at 1:30pm.

I then had my gear checked and got my bib at the ice stadium. I spent most of the time dozing at the lobby of the hotel I would stay in after the race. I was still sleep deprived when the race starts at 11pm, but the exciting music and speech pumped my adrenaline up. So off we go.

We ran cross the town and soon started our first climb of 500m. The trail was crowded at first, and it was a bit frustrating at the descent, when I had to constantly slow down. Fatigue crept up on me just a couple of hours into the race, probably a result of my lack of training and lack of sleep. I decided to have a gel every 90 minutes, and that brought some strength to my legs. I did not linger in the first two aid stations, Ospitale (18km) and Federavecchia (33km). My rank moved up to 808 at Misurina (42km).

After the lovely Lake Misurina, we started our 600m ascent towards Forc. Lavaredo. I ran out of gels by then, and the lack of calorie made the last part of the climb to Refugio Auronzo quite tiresome. So when I finally arrived at the welcoming refugio, I decided to stay longer to eat as much as I can and get some rest. Half an hour later, I started off again, feeling great. After a short climb, I arrived at Forc. Laveredo. It was a highlight of the race, with a gorgeous panorama view of the Dolomites. I felt very good at the 1000m descent, and passed a good number of runners when I reached the bottom of the valley. After that it was another 5k of dirt road gently uphill. By then the sun was out and there was little shade. I tried to push the pace, but soon it was reduced to walking again. After a miserable hour, I reached the Cimabanche (66km).

At Cimabanche, I got my drop bag. I had a set of clean clothes in the bag, but because of the heat, I decided to keep my singlets and shorts and  only change my socks. After a brief rest, I left the aid station for the climb up to Forc. Lerosa. I was breathing heavily on way up, but the heart rate remains under 130, and I couldn't pick up the pace either. I arrived at Malga Ra Stua (76km) at 1:10pm. I took a 40 minute rest lying on the grass, trying to regain some energy for the next stretch.

The next section over Forc. Col dei Bos, is the toughest of the race, with over 1000m of elevation gain in 10 kilometers. From Malga Ra Stua, there's first a descent of 300m, and then we turned into valley Val Travenanzes and started the march to the pass. Half way into the valley and the sun was gone. A thunderstorm was developing. I always thought with all the hiking, I should be good at those long climbs. Well not really. People were passing me right and left. I gathered all my strength so that I would keep on walking, but that was all I could manage. At 4:47pm, I arrived at Malga Travenanzes (89km), a short stop with water and some light refreshments. I must have looked terrible that the volunteers assumed that I was going to drop out, and told me that I could do so at the next check point. Despite all the struggle, dropping out never crossed my mind. I was mildly offended so I waved them off and got back on the trail

After what seemed like an eternity, I finally got to the top of Forc. Col dei Bos (91km), 2331m above sea level. By then it started drizzling and temperature dropped. Fortunately I was already heading down, and the rain was fairly mild. At 6:44pm, I arrived at Col Gallina (96km). After a brief rest, I started the 400m ascent to Refugio Averau. The rest of the race was a blur to me. I was exhausted and all I could manage was to put one foot in front of the other.  My pace was reduced to a pathetic 30min/mile. Nonetheless, I kept pushing and reached Refugio Averau (100km) at 8:33pm. It was mostly downhill for the next 4km. Another hour later, I arrived at Passo Giau (104km). From Passo Giau, there was a short but steep climb of about 200m. By then it was completely dark, so I had to be more careful of the footing. Looking up, there was a long line of runners with their bright headlamps. It meant that there was still a long way to the top. This was disheartening, particularly at this stage of the race. Even though it didn't rain much, the thunder and lightening was unsettling. My fellow runners seemed pretty chill though. It did help me speed up, as I was legitimately worried that I might get hit. I got to Mondeval (107km) at 11:02pm. There was one finally climb of 120m, before I finally reached the top of Forc. Ambrizzola at 2271m above sea level. Afterwards it's all downhill, all the way back to Cortina. I arrived at Refugio Croda da Lago (111km) at 11:45pm.

I was quite relieved when I got to the refugio. When I was sitting there taking a break, I suddenly lost all the motivations. I was talking to a fellow runner when I realized that I had to finish within 26 hours to qualify for Western States. So I would have little chance to qualify. As a result, I spent more time than I should have at the aid station. For some stupid reason, I also did not refill my water bottle. When I left the refugio, the rain was heavier, but the thunder and lightning died down as we were now below tree level. The trail was slippery from the rainfall. There were quite a few runners right in front me, so I had to be careful sliding down so that I would not crash into them. It was quite frustrating. After a while, I gave up and settled with walking pace. After an hour, I ran out of water, and even though I could see the town from time to time, the trail just didn't seem to end. I arrived at the final check point Lago D'Ajal(116km) at 1:16am. Shortly afterwards, we finally got to the end of the single track and were back on paved road. Physically and mentally, I was done by then. The last 3km took me 45 minutes. I barely gathered enough strength to jog the last 100 meters as I approached the finish line to put an end to the race. Officially, I finished after 27:02 hours at 2:02am on Sunday morning and ranked at 880 out of 1070 finishers.

Learning from my experience at Ultra Trail Tai Mo Shan TTF, I did some specific training running downhills. So I was much more comfortable pushing the pace now during downhill. It also put less stress on my knees. The gels also helped a great deal in the first half. If I would force myself to take them the second half, I might have run faster.

The major problem I had is the lack of volume in training. Had I run more leading to the race, I should be able to finish within 24 hours. Also I lost a lot of time going uphill. I pushed as hard as I could, but I was slow and heart rate was low. I think the problem was about the leg muscles. I need to hit the gym and do some leg workouts. 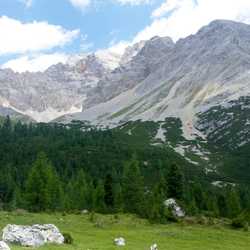